What happens if you mix Foo Fighters and Queens of the Stone Age with baritone sax? An amazing German bari player called Tini Thomsen has been doing just that over the last few years with her MaxSax project.

The first album, released in 2013, is an awesome, energetic blend of driving drums, grunge guitar, and baritone sax. “I really wanted to make music that people could dance to” says Tini.

Growing up in Hamburg, Tini studied classical bass clarinet and jazz saxophone. She chose the baritone early on though and went on to play with the NDR big band in Hamburg and a whole range of amazing artists from Dr John to Incognito. She recently also performed with the legendary “Itchy Fingers Saxophone Quartet” at the World Saxophone Congress event “Sax Open” in Strasbourg. Tini also found a passion for composition and went on to win several awards for her writing.

The MaxSax project came out of a love for that indie guitar sound. “Although I grew up learning classical and jazz, the music I liked to listen to was Foo Fighters and Queens of the Stone Age,” says Tini. “I’m a huge fan of the American alternative band “Morphine” who also used a bari sax. They were a big influence for me when I started writing for MaxSax,” says Tini.

With MaxSax Tini definitely follows her own path, and that takes a lot of confidence. It also brings some challenges. “I like to think people really love our shows, but because we’re not like anything else, it’s difficult to describe to new people what we do,” says Tini. “That was tricky at the start”.

Last month Tini was back in the studio working on the second MaxSax album. This time the band is joined by UK alto sax legend Nigel Hitchcock. “Nigel joined us for some festival shows last year and I realised that his sound is just exactly what we had been looking for!” says Tini. Although the baritone is still the main voice in the band, Nigel’s alto joins her for many of the tracks. “I write my melodies from the baritone, but I always think of the
alto sound for the climaxes in my writing,” says Tini.

Adding the alto voice to MaxSax helps to overcome one of the big challenges that comes from having a bari sax as the main voice. “It’s difficult to get the sound just right so the bari can stand out,” says Tini. “Having the alto helps, but sometimes I just need to make the bari a little bit louder, and then a bit more louder!”

Tini will be on tour with the new album from MaxSax in February. More info and tour dates: www.tinithomsen.com 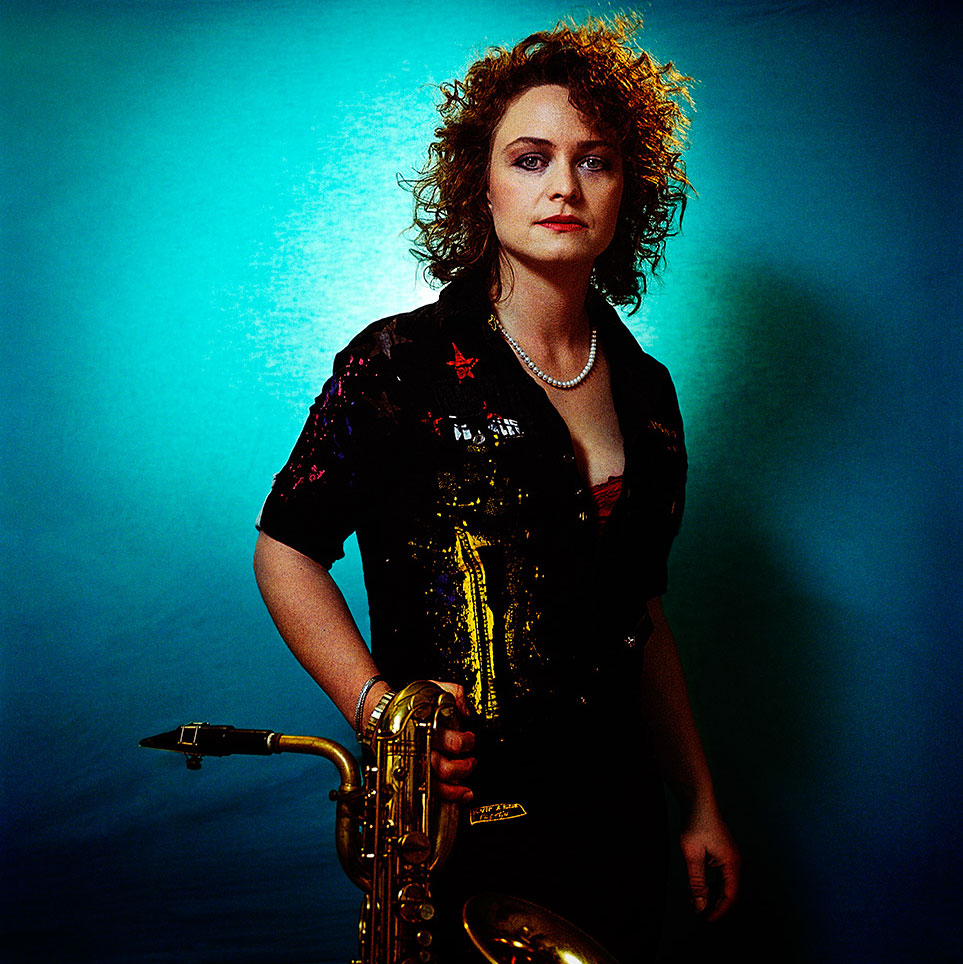 A note challenge for you…

Identifying a single “color” note in your improvising is a great way to develop your creativity. Learn how to do it properly in this lesson for saxophone players.

Learn how to quickly get an authentic “Junior Walker” sound on your sax using this lick workout for alto and tenor sax.

This session is amazing! Derek Brown has his own unique style of playing that incorporates slap tonguing, double...