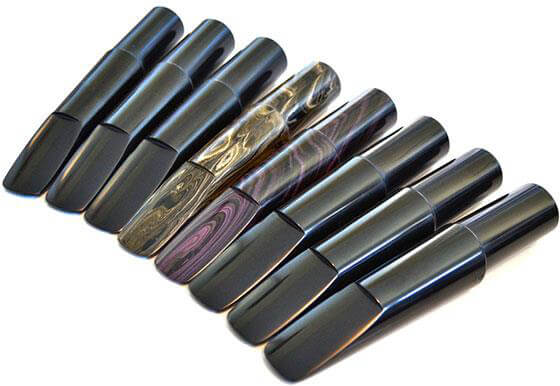 Contents hide
1 Have you tried these mouthpieces?
2 Let us know what you think in the comments below.

Although we have all been frustrated with our mouthpieces from time to time, not many of us are brave enough to try and make a better one ourselves.

But that is exactly what two brothers in Yorkshire, England decided to do. And these guys know a thing or two about what a great saxophone sound should be. .

Jim and Paul Corry have both spent years touring and recording with major artists like Jamiroquai and Mark Ronson as well as with legends like Roy Wood, Martha Reeves and even Duane Eddy. This year though, they launched their own brand of mouthpieces under the brand “Corry Bros”.

“I have always been fascinated by mouthpieces,” says Jim. “I’m a bit of a hoarder and have collections of vintage pieces that I have bought over the years. I always wanted to understand why one mouthpiece sounds better than another, and so I’ve spent years measuring the internal dimensions and trying to understand the different shapes. It has been a quest for me, a mystery to decode. I even spent time hanging out with the legendary mouthpiece maker Freddie Gregory.”

Jim’s brother Paul on the other hand had been happily playing the same Lawton 7 star BB mouthpiece for 20 years before changing to his own design “Scoria” piece. “The Lawton was actually the first mouthpiece I ever got when I was 15 years old,” says Paul. His passion, though, was in understanding the manufacturing process. “I actually got a chance to meet Geoff Lawton years ago and he explained to me how he made his mouthpieces by hand with lathes and milling machines. He really was a master at his craft.”

Years later when Jim and Paul decided to start making their own pieces, that chance meeting was a major inspiration for Paul. “It was a big learning curve but I found a local craftsman who taught me how to use a lathe and another to teach me about milling machines,” says Paul. “Bit by bit I pieced all the skills together that we needed to start making our first mouthpieces.” 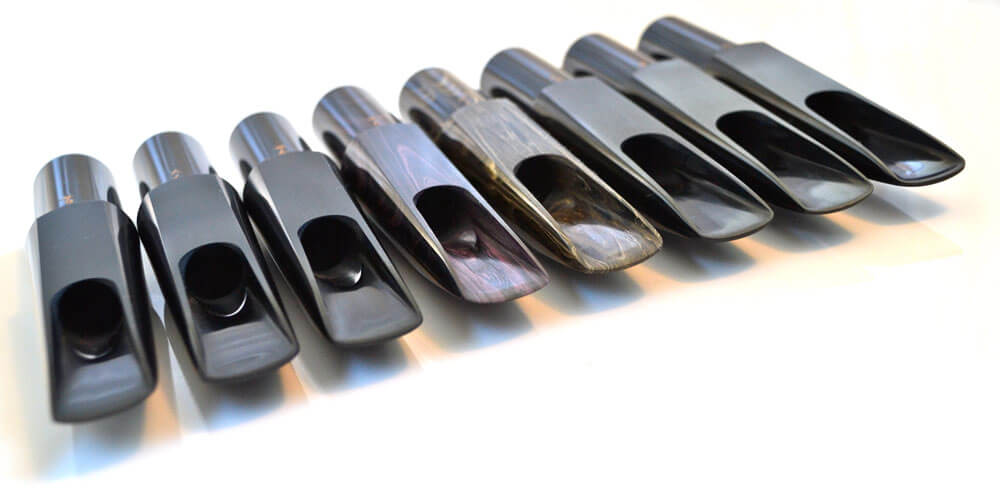 After a lot of prototypes and testing, Jim and Paul finally kicked things off last year with a range of baritone mouthpieces but have introduced tenor mouthpieces this month. Alto pieces will follow later this year.

“We know these pieces won’t suit everyone, but we wanted to make absolutely the best mouthpiece we could with the sort of sound we love,” says Paul.

And the results are amazing.

I tried a prototype version of the Corry Bros “Caldera” tenor hard rubber mouthpiece and was very impressed. Jim and Paul understand the sort of sound needed to be a versatile working musician and you can hear it in their mouthpieces.

I was instantly comfortable with the sound of the size 7 Caldera and although it had plenty of projection, it could also easily be tamed for a smooth “Ben Webster” style sound. Often hard rubber pieces can lack the projection needed in a live situation, but I think Jim and Paul have got that right with this mouthpiece. It’s versatile and with the right balance of edge and warmth.

Of course this is just one piece in the new range for tenor from Jim and Paul. “As makers it’s hard to cover every possibility, but I think we’ve created a range of pieces that will suit most players,” explains Jim. “In our new tenor range we have a brighter, high baffle piece, a medium darker “Link inspired” piece, and a very dark ebonite piece,” says Jim.

Unlike most modern mouthpiece makers that use computer controlled milling machines, Jim and Paul prefer the traditional “craftsman” approach in their Yorkshire workshop. “There are lots of ways to make mouthpieces but our inspiration really comes from those “master craftsmen” like Geoff Lawton and Freddie Gregory who did most of the work by hand,” explains Jim. “Of course that means it takes much longer to make each mouthpiece, but it works for us and we get to personally check and play every single mouthpiece we make.”

It’s an exciting time for Jim and Paul as they grow their range of mouthpieces, and refreshing to see them choosing to become master craftsmen instead of corporate giants. The mouthpiece market is crowded these days with a lot of choices for buyers, but it is wonderful to see two great players with a passion to produce something special. Jim puts it best: “I know we can’t make a mouthpiece for everyone, but if we can make something that we love the sound of, then I think we’ve cracked it”.

Have you tried these mouthpieces?

Let us know what you think in the comments below.

Learn how to quickly get an authentic “Junior Walker” sound on your sax using this lick workout for alto and tenor sax. Watch the replay of this amazing session where New York jazz saxophone star Roxy Coss walks us through...

Our November monthly masterclass is packed with saxophone tips and techniques for brand new players.