Gerry Mulligan is perhaps the greatest, and most famous, baritone sax player of all time. During his career he played with jazz legends such as Louis Armstrong, Billie Holliday, Duke Ellington, Thelonius Monk, and Miles Davis.

When he died in 1996, the New York Times wrote “In his hands the baritone saxophone, usually a burly, stiff creature, became supple and elegant.”

Gerry Mulligan was born in the Queens district of New York on 6th April 1927.

Mulligan, like many bari players, did not begin on the baritone. His musical training began with piano and clarinet, moving onto alto and tenor saxophones. As a teenager he played with dance bands in Philadelphia, eventually dropping out of High School to pursue a career in music.

Professionally, Mulligan began his career as an arranger, and he is as well known for his arrangements and compositions as for his playing.

After starting out arranging for bandleader Tommy Tucker, Mulligan moved to New York and began writing for the Claude Thornhill Orchestra. He occasionally played sax and clarinet with them. It was while he was with this orchestra, in the late 1940s, that he decided to stick with baritone full time. However, his sax playing was yet to really attract attention.

During this period, Mulligan became involved in the highly creative scene that was developing in New York, making contact with many great jazz musicians. In 1948 Mile Davis formed a nine-piece band (nonet) with Mulligan on baritone. While the nonet only played a small number of live performances, they recorded twelve pieces which were released as singles. These came to form the famous “Birth of the Cool” album, released by Capitol Records. 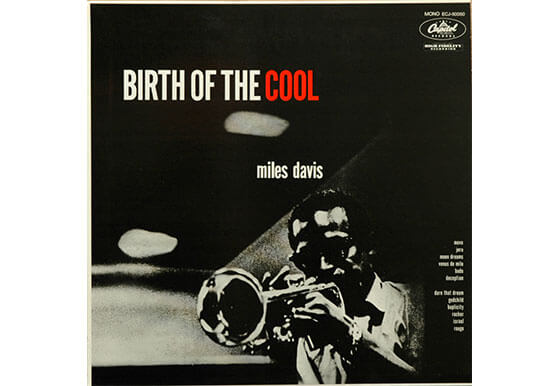 Whilst this recording was not especially well received at the time of its release, it is now widely recognised as a key moment in the development of the West Coast Jazz sound (despite its east coast origins). The album now has a place in the Grammy Hall of Fame. Mulligan composed three, and arranged a further two, of the tracks on this album.

In 1951 Mulligan released his first solo album “Mulligan Plays Mulligan”. The melodic nature of his playing on this album shows the influence of Lester Young, and was to become Mulligan’s signature style.

Mulligan went on to form his famous piano-less quartet at the Haig Club in Los Angeles with trumpeter Chet Baker in 1952. He found a special rapport with Baker, and their gigs and recordings were hugely successful, bringing fame to both players.

This success was brought to an abrupt end in 1954 when Mulligan was convicted of drugs charges and imprisoned. By the time he was released, Baker was pursuing his solo career. Mulligan reformed the quartet, with valve trombonist Bob Brookmeyer, trumpeter Jon Eardley and Zoot Sims on tenor sax.

In 1958 Mulligan played at the Newport Jazz Festival backed by the Duke Ellington Orchestra. With fellow baritone sax master Harry Carney they performed “Prima Bara Dubla,”regarded as the highlight of the concert. Composed by Ellington especially for these two players, the piece capitalised on their individual strengths in a “conversation” between the two baritones.

Mulligan did a great deal to raise the profile of the baritone sax, not only in the jazz world but also in classical music. A frequent composer for strings, during the 1970s and 80s Mulligan built and promoted a repertoire of pieces. Using baritone with orchestra Mulligan was particularly recognised for his solos and improvisation. The New York Times described his playing like this: “Wit played a large part in his improvisations, and in many of his solos, he added riffs that sparkled, an odd quote or a sly melodic fillip that took his creations out of the realm of the ordinary.” 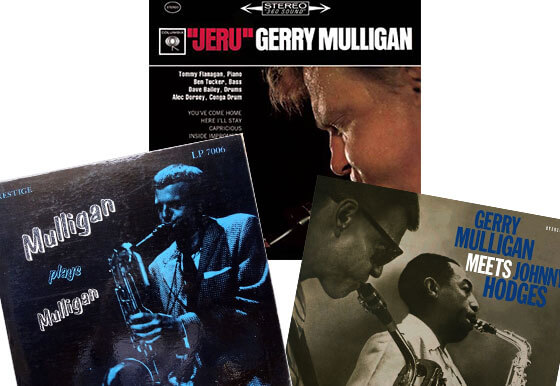 Mulligan played with a lightness, dexterity and melodic flow more often associated with the alto than the heavy, honking baritone sax. It was this innovation, combined with his achievements in arrangement and composition, which led to his recognition as one of the great jazz players of his time. He was also awarded the Duke Ellington Medal by Yale University, and in 1991 he was inducted into the American Jazz Hall of Fame.

Clair Wright is a music lover and writer based in Yorkshire, England.

Download this free finger chart for saxophone so you’ll know how to play every note!

Are you a Sax Widow?

While you are worrying about your ligature or the strength of your reed, spare a thought for the...

Ever wondered how the greats come up with their amazing lines over complicated chord patterns like the ii...

Why Playing by Ear is Important with Michael Lington

Smooth Jazz star Michael Lington explains why playing by ear is the ONLY way he learns music.