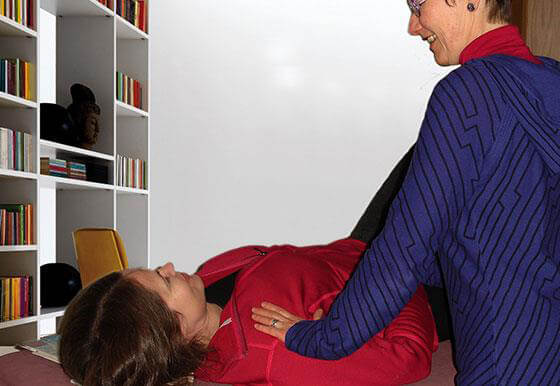 Many of us take up playing a musical instrument because we want a new challenge. But it can be frustrating if we don’t see the improvement we were hoping for, or if we can’t crack that difficult couple of bars in a solo.

It could be that old habits, developed over a lifetime, and an inability to practice smart are sabotaging our playing. This is where the Alexander Technique can help.

Susanne Pearce is a saxophone player and a teacher of the Alexander Technique. Susanne has been playing saxophone for 2 years and has applied the technique to her own playing.

‘It’s about taking a step back and looking at what you are doing,’ says Susanne. ‘Sometimes when we practice, we just repeat the same mistake over and over. Instead, we need to pause, and look at how we can avoid falling back into that habit. It’s about the link between the brain and the body.’

What is the Alexander Technique?

The Alexander Technique was developed by Frederick Matthias Alexander (1869-1955). FM, as he was known, was a celebrated actor and orator in Tasmania. In the 19th century microphones hadn’t yet been invented and FM was beset with voice problems and even loss of voice altogether. Doctors were unable to help him, so he was forced to look for a solution himself.

Through careful observation in front of mirrors he discovered that he was pulling his head back and down by contracting the neck muscles excessively. This put strain on his vocal cords and interfered with his breathing. FM also discovered other unnecessary muscle strains and habits of movement in the rest of his body during reciting, which all interfered with the way he was functioning as a whole.

Through experimentation he developed a method to undo unwanted habits and tensions, allowing the body to regain its own natural “use of ourselves”, as he called it. He soon discovered that his technique could benefit many other people, and went on to teach it until his death in 1955.

Normally we are all born with good, natural “use of ourselves”. We learn bad habits through imitating others, such as slouching or hunching. We might feel pressure at school or work, or experience psychological and physical tension. As a result, we develop unconscious habits which can have a negative impact on our posture, the way we stand, move and “use” ourselves. This can lead to discomfort, stiffness and even injury. It interferes with our ability to function well in anything we do.

Learning a new skill, such as playing the saxophone, will be affected by these unconscious patterns of movement. We take unwanted tensions with us when picking up the instrument, holding and playing it.

Some musicians develop problems with their shoulders or backs, through bad use when playing and through holding the weight of the instrument.

Many music colleges teach the Alexander Technique to students as a way of improving their playing, addressing nerves and tension before big performances, as well as to benefit their general wellbeing.

The Alexander Technique encourages a whole being approach, using the body and mind together to achieve our goals. When you practice you are not training your fingers to play the right notes, but your whole self. Instead of adding on new tensions by trying harder, we need to stop, think and undo unwanted old habits to let our inherent good use enable us to learn the new skill.

How does the Alexander Technique Work?

Usually, the technique is taught in individual lessons or occasionally in groups. The teacher will observe the student in simple activities. By using her hands the teacher gently guides the student during these activities, so that the student learns a new manner of use. Often the student feels lighter and more at ease, and is surprised how little effort is required for that very same activity.

With the teacher’s help the student becomes aware of old unwanted habits, learns how to stop them and how to establish a more beneficial, natural way of moving and going about their daily activities.

A professional oboist came for lessons to improve her general well-being. The lessons started in much the same way as for non-musicians and she made good progress in what she wanted to achieve.

As the lessons proceeded she started to notice an improvement in her playing and she brought her instrument to the sessions. The general awareness and better use of herself as a whole was now applied more closely to playing the oboe.

The lessons eventually became just little reminders before an important performance when she wasn’t quite satisfied with how she played a particular passage within a piece of music. Without fail she left pleased with her playing after her lesson, ready for her performance. 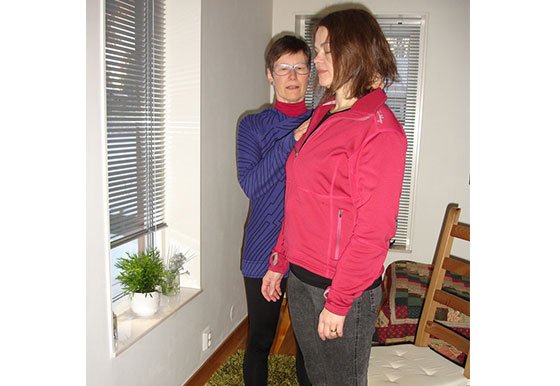 1. Positive Attitude
Have a positive attitude when you practice – tension, frustration, being in too much of a hurry, can all lead to bad practice. Have a clear mind and a clear picture of what you are habitually doing and trying to achieve. Instead of getting frustrated with how you are playing, look at the way you are sitting/standing, holding the instrument, what happens to the ease when practising a difficult part.

2. Awareness not concentration
Don’t concentrate on the passage or exercise you are attempting, to the exclusion of everything else. Be aware of your body, your back, neck, shoulders, head, fingers, jaw, the weight of your instrument, as well as your sound, rhythm, and breathing.

3. Alignment
Be aware of the position of your head, neck and back. Are you tightening the neck so the head is pulled back and down? The relationship of the head and neck to the rest of the body is key to the Alexander Technique. If the neck is free of tension the head can balance freely on top of the spine, thus aligning the whole body in an elongated set of curvatures. The position and movement of your arms, fingers, and mouth should be in harmony with this alignment, not in conflict with it. This prevents stresses building in your body.

4. Good Tension
Allowing your body to balance in its correct alignment is not the same as being relaxed! You will still use your muscles to stand, sit, hold and play the instrument, etc, but the mechanisms of the body know better how much or how little, and which muscles to employ. This is good tension.

5. Stop!
Don’t allow a mistake to become a habit. Don’t just keep repeating the same mistake over and over. This will lead to frustration. Stop and be aware. Look at the means by which you do something, not just the goal itself.

Clare Wright is a writer and music lover based in Yorkshire, UK.
Susanne Pearce is an saxophonist and Alexander Technique teacher based in Sweden.

As sax players, we are all searching for the “Holy Grail” of saxophones from alto saxophone, tenor saxophone...

Get these improvising tips on sax

Ready to make your first steps with improvising on saxophone? Check out this lesson!

Are the synthetic reeds for Canadian company Légére any good? In this review I talk about their Signature Series sax reeds.